Plant breeding is taking place since more than 10.000 years. Plant characteristics are optimized for human use, earlier without knowledge about the Mendalian Laws by a trial-and error process and today with the help of detailed analyses methods.

What is plant breeding?

Humans make use of the possibilities of nature

The goal of plant breeding is to generate plants with improved characteristics. The basis of classical plant breeding is the selection of plants with desired features and their targeted crossing with each other. In plant crossing, the characteristics of plants  – both good and bad – are recombined. For this reason, repeated crosses with subsequent new rounds of selection are necessary in order to bring together the advantageous characteristics and, ideally, to exclude the negative ones. The diversity of features within a plant species is of critical importance for reaching the diverse breeding goals.

The likelihood of reaching the desired breeding goal increases with the genetic diversity that can be chosen from. Plants with the desired constellation of characteristics are propagated and, after different tests, reach the market as a new variety.

Where do our cultivated plants come from?

A story spanning thousands of years

At the end of the stone age, humans cleared the forests that were typical for the landscape of Central Europe and selected particular plants for cultivation in these areas. In this way, the natural species composition changed, and farmland and meadows were formed.

For further cultivation, humans chose those plants among the cultivated plant varieties that possessed the most favorable properties with respect to their needs. In this way, individual plants with, for example, longer ears or larger fruits were chosen for further cultivation. This led not only to an increase in the number of productive plants but also to an increase in the amount of their genetic material in the stock. As a result, the genetic composition within the cultivated varieties was altered.

Many of our cultivated plants were already formed from wild varieties by human intervention in this way thousands of years ago. The grain varieties that we know today were formed from wild grasses. Our main varieties of grain, wheat, barley, and rye, but also maize, potatoes, and tomatoes were brought to Europe from other regions of the world.

Why do we need plant breeding in the first place?

The aims of plants are not those of humans

The properties that are advantageous to plants in nature are those that improve their capacity to adapt to the environment and increase their competitive power (Ask the Plum). Properties that ensure the survival of the plant, may, however, interfere with or even completely prevent human use: for example, the early shedding of seeds or the production of bitter or poisonous substances for protection against enemies.

The example of wheat makes this clear: At the beginning of the cultivation of wheat, humans chose plants for cultivation whose seeds remained on the ears for as long as possible and did not fall out prematurely on the field or get lost during transport. In this way, humans obtained higher yields, but at the same time limited the fertility of the plant. That’s why wheat must be threshed so that the grain (the seeds) are released.

Almost none of our modern-day agricultural crops can survive outside of cultivated fields, as they have high demands on the soil as well as sizable nutritional demands, and what is more they are less competitive with respect to wild plants.

What are the objectives of breeding?

The aims of humans are not those of plants

What are plant characteristics based on?

The genes of the parents determine the characteristics of the children

The basis for the characteristics of plants is the information that is saved in the form of genes in the nuclei of plants on DNA (Ask the Grape, Part 1). The expression of characteristics may be determined by one single gene or by many genes together.

Plants can contain from approximately 30,000 (thale cress) up to more than 60,000 genes (wheat). At fertilization, the genes from mother and father are recombined, resulting in progeny with a new composition of characteristics (Ask the Grape, Part 1). The greater the diversity within a given species, the more possibilities there are for combination. The task of the breeder is to select the best candidates for further breeding from this diversity. This is particularly difficult for characteristics that are not immediately apparent, such as taste or resistance to specific diseases.

How do plants actually reproduce?

Of blossoms and clones, bees, and wind 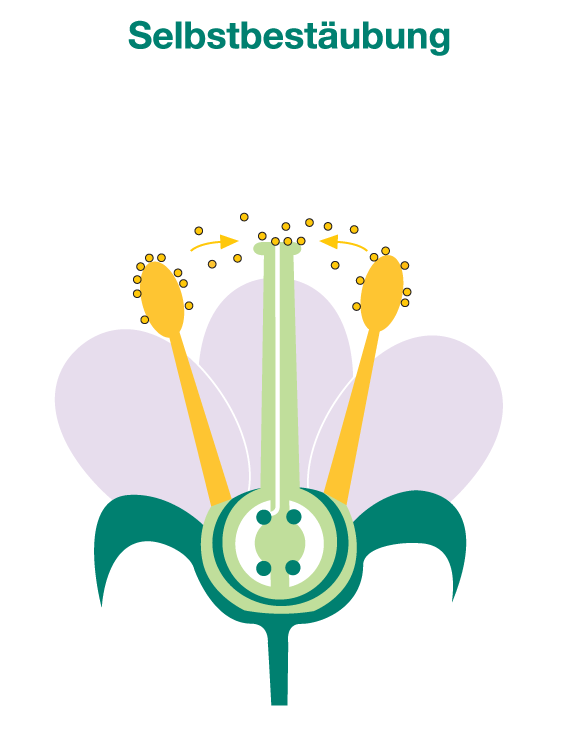 The type of pollination has a decisive influence on the composition of characteristics in the progeny and also on their diversity.

As seeds and pollen come from one and the same plant in cross-pollinators, the progeny is mostly identical, among themselves, as well as compared to the parental plant. The hereditary material in these plants can only be altered through mutation or cross-pollination. 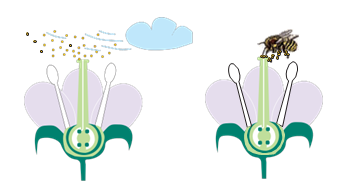 Which breeding methods are there? 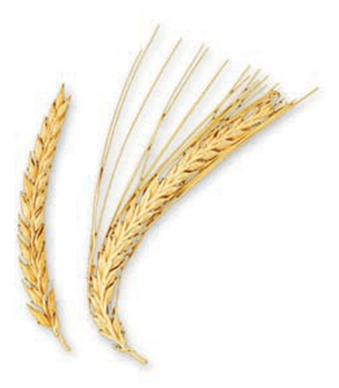 Worldwide, about one third of harvests are lost due to plant diseases, pests, and weeds. Furthermore, future challenges will be enormous: the world’s population is constantly growing, while at the same time cultivation area is decreasing, and climatic conditions are changing. To ensure that in the future yields are of sufficient size and quality as well as being environmentally friendly, we need efficient and innovative plant breeding.

In the last century, the classical methods of plant breeding, based on selection and crossing, were supplemented with new practices. Techniques that facilitate the detection of plants that are suitable for further breeding, or techniques that enable the addition of individual traits have made plant breeding more effective.

The foundations for these techniques were laid by fundamental research on plants.

Selective breeding is the oldest form of breeding. First, mass selection was carried out, which led to the cultivation of improved mixtures of a plant species. Later, the best individual plants were selected from these mixtures (local varieties). In this way, the local varieties were broken down into genetically uniform lines (landraces).

Only the promising progeny are selected from the individual crosses. Self-fertilizing plants must be prevented from self-pollination in order to be able to generate new combinations (artificial crosses), while cross-pollinating plants are specifically crossed with other partners.

Hybrid breeding is an extension of combination breeding. Two genetically different, but homozygous parental plants (inbred lines), are crossed with each other. The progeny of this cross are far superior to their parents in growth and yield. This phenomenon is called heterosis. The crop of a hybrid variety cannot be used as seed purely for economic reasons, because in the next generation the heterosis effect and with it the high yield is lost through the segregation of characteristics.

Many tests have to be carried out before a complete variety is obtained. From the first cross to the approval of a variety about 12 to 15 years are required.

In marker-assisted breeding, molecular techniques like PCR, sequencing or compositional analysis (Ask the Grape, Part 2 - coming soon) are used, in order to investigate the genetic composition of the progeny of crosses and to compare them with the source plants. The creation of such a “genetic fingerprint” allows, already in young plants, determination of those which are suitable for further breeding. The time required for breeding efforts is shortened.

Smart Breeding: After starting a crossbreed, molecular biological methods are used to select progeny with favorable new characteristics. Those are used for continuous breeding, until all undesirable characteristics are removed.

Smart Breeding: After starting a crossbreed, molecular biological methods are used to select progeny with favorable new characteristics. Those are used for continuous breeding, until all undesirable characteristics are removed.

Smart Breeding is a “refinement” of marker-assisted breeding. This method, also known as precision breeding, allows interesting gene variations or wild plants to be used more systematically and more effectively for breeding than was possible in the past.

While mutation breeding alters the genetic material in an undirected way through radiation or chemicals, and, in this way, influences the composition of plant properties only in random and haphazard ways, genetic engineering involves the targeted insertion of one or more genes that give rise to new properties. This insertion can cross species boundaries (transgenic plant) but can also take place within a given plant species (cisgenic plant).

Why do we need gene banks?

Securing the diversity of features 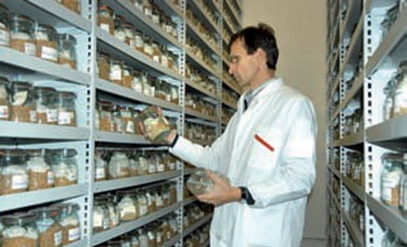 As breeding involves the constant selection of plants, it can lead to a narrowing of the gene pool within a plant species. This narrowing is particularly serious, when at the beginning of the use of a plant species by humans, only a few varieties were domesticated and used for further breeding.

When breeders and scientists realized this, gene banks were developed, in which the genetic diversity of plants in the form of seeds is gathered and preserved. Through the use of the new and more effective breeding methods, the use of old and wild varieties stored in the banks will in the future increase and the gene banks will gain in importance.