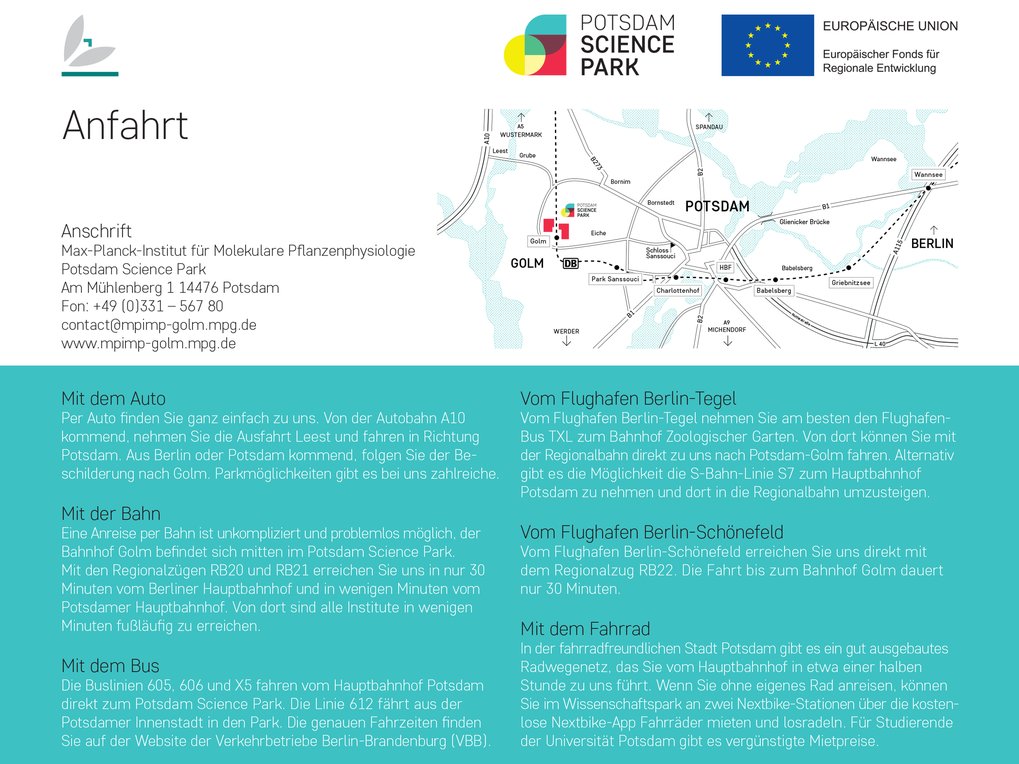 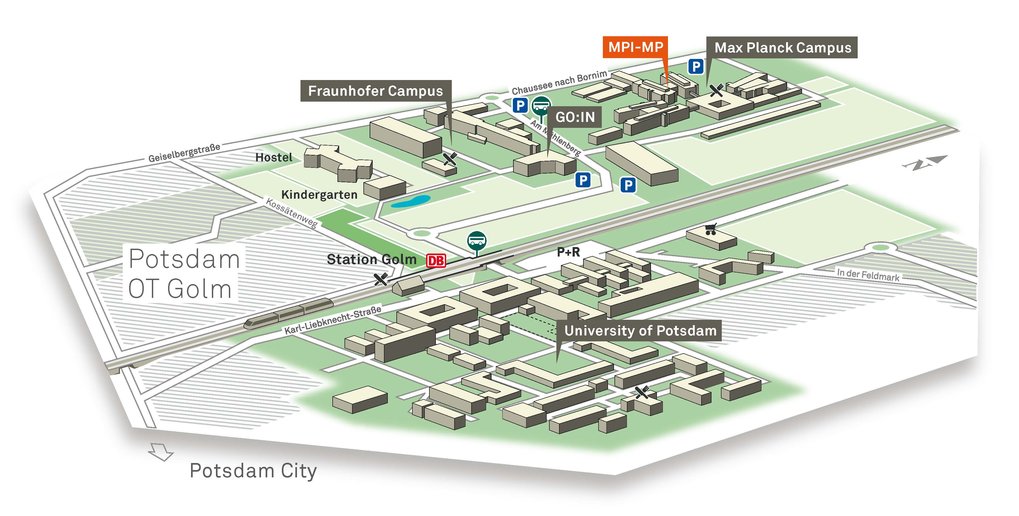 Berliner Verkehrsbetriebe
You can find more information about public transportation on the website of the Berlin Transport Company. 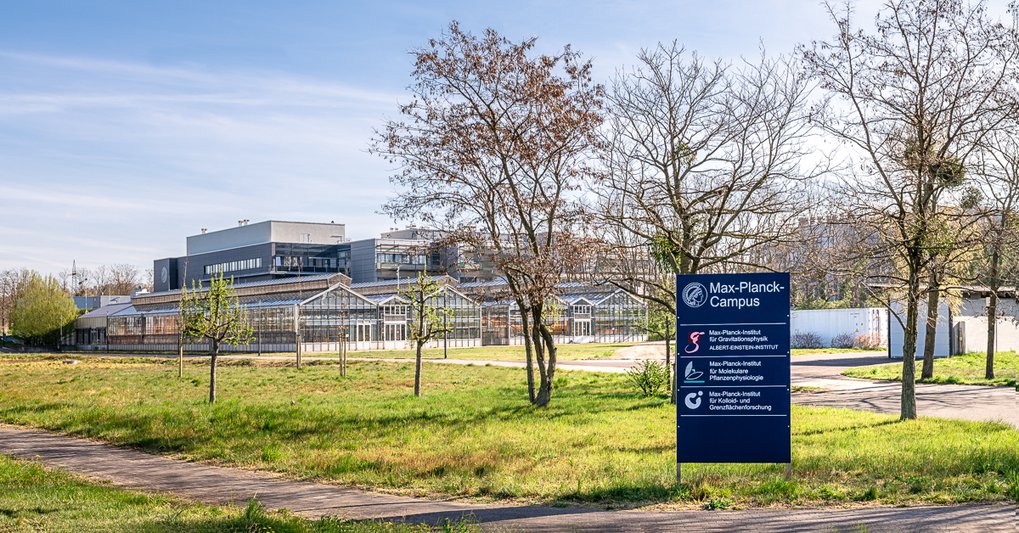 Golm is a district of Potsdam, Germany, located on the outskirts of the city. Potsdam is the capital of the State of Brandenburg and is located south-west of Berlin. The Max Planck Institute of Molecular Plant Physiology is part of the Max Planck Campus in the Potsdam Science Park.

From Berlin
During peak hours there is a direct train service between Berlin and Golm. The regional trains RB21 (direction Wustermark) and RB22 (direction Schönefeld Airport) run every half hour from Berlin Friedrichstraße via Hauptbahnhof, Zoologischer Garten, Charlottenburg, Wannsee and Potsdam to the station Bahnhof Golm (travel time approx. 35 minutes). Between 10 am and 3 pm please use the RE1 (direction Magdeburg) to Potsdam Hauptbahnhof and from there take RB21 or RB22 to Bahnhof Golm. It is a 10 minute walk from the station to the Max Planck Institute or one stop (bus no. 605 or 606).

From Tegel Airport (TXL)
The bus X9 runs directly from Tegel to Zoologischer Garten. From there, take the trains RB21 (direction Wustermark) or RB 22 (direction Schönefeld Airport) to Golm station. Between 10 am and 3 pm there is no direct train service. Please take the RE1 (direction Magdeburg) to Potsdam Hauptbahnhof, then change into the RB21 or RB22 to Golm.

From Berlin
Take the southern city autobahn A10 and get off at “Potsdam Süd”. Stay on the B2 to Potsdam. First, follow the signs to Park Sanssouci, then to Golm. In Golm stay on the main road until you can see the Max-Planck-Campus on the right-hand side (greenhouses).

From other directions
Take the western city autobahn A10, get off at “Leest” and follow the signs towards Potsdam. After Potsdam-Grube turn left in the direction of Golm. After 500 m you will see the Max-Planck-Campus on the left-hand side.