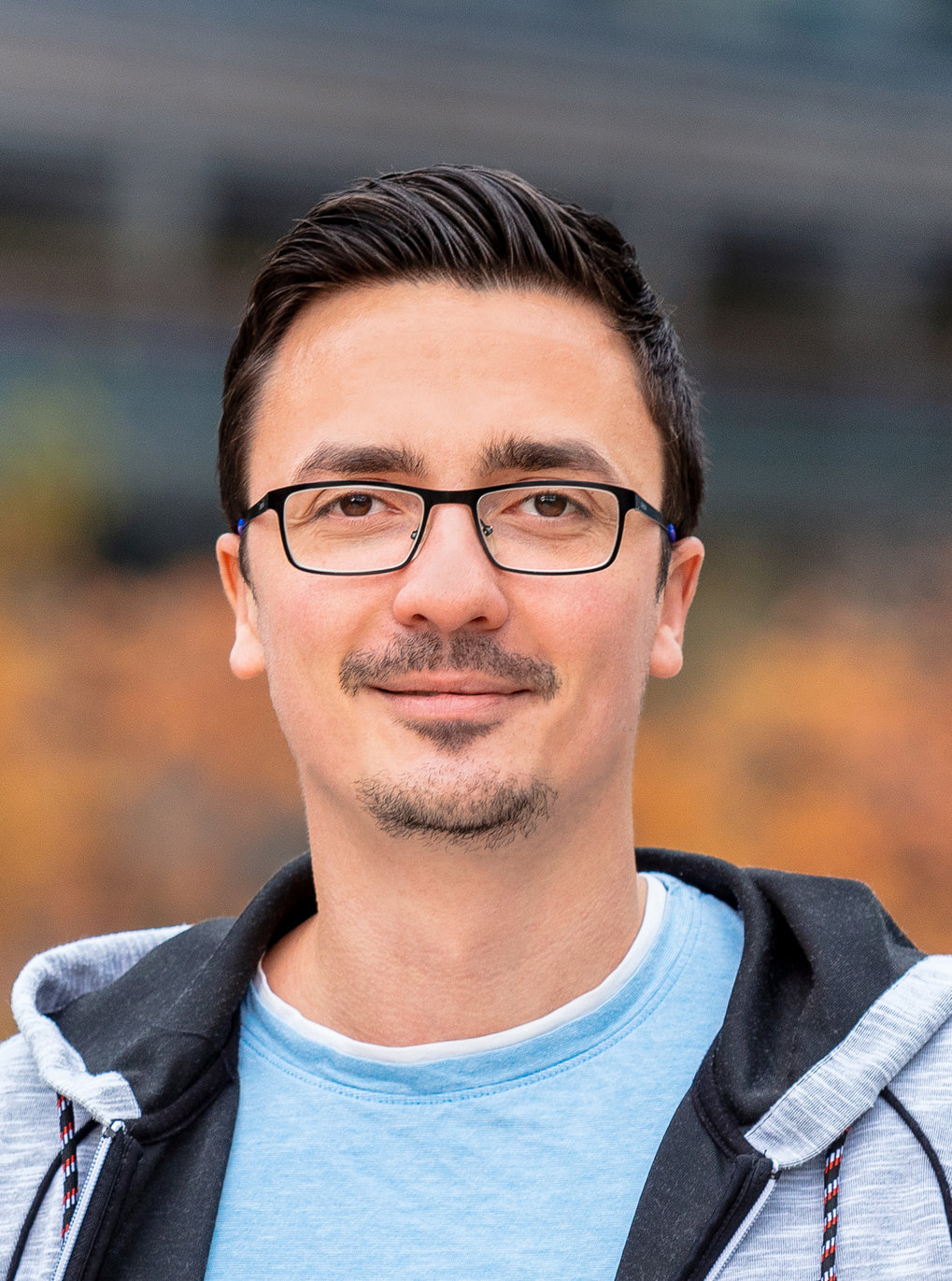 Growth of E. coli on formate and methanol via the reductive glycine pathway.

Conversion of Escherichia coli to Generate All Biomass Carbon from CO2.

Sustainable use of CO2 using a modified bacterium

A team of scientists from the Max Planck Institute of Molecular Plant Physiology in Potsdam-Golm, led by Dr. Arren Bar-Even, has succeeded in reprogramming the diet of the bacterium E. coli in such a way that it can use formic acid or methanol as its sole source of nutrition. These simple organic compounds can be produced efficiently from carbon dioxide (CO2) by chemical processes, so that this greenhouse gas could be used sensibly in the future and its contribution to climate change could be reduced.

New paths to the bio-economic use of CO2

Although carbon dioxide (CO2) represents only 0.04% of the air, it is one of the greenhouse gases that are responsible for global warming and climate change. One way to combat climate change is to remove CO2 from the atmosphere, e.g. by uptake by plants, algae or microorganisms that produce biomass through photosynthesis. Another way is to capture and use the CO2 produced by combustion or other industrial production processes, i.e. to recycle it before it is released into the air. In principle, CO2 has the potential to replace fossil fuels as a source material for the production of carbon-based chemicals, including fuels. The aim of the bio-economy strategy recently adopted by the German government is to make greater use of biological resources and to use biological knowledge and innovations to meet our needs for raw materials, products and services. This strategy also includes the possibility of recycling waste products such as CO2 in order to establish a sustainable recycling economy. One way of recycling CO2 is to chemically activate it into simple compounds that are then fed to microorganisms, which convert them into high-quality compounds that could then replace fossil fuels.

Researchers led by Arren Bar-Even from the Max Planck Institute of Molecular Plant Physiology have pursued such an innovative approach. Their idea was to introduce a new metabolic pathway into the bacterium Escherichia coli such that it can feed exclusively on one-carbon compounds such as formic acid (formate) or methanol instead of the usual sugars. Both compounds can be produced efficiently and cheaply from CO2. Since E. coli is very well researched and easy to cultivate, it is already used for industrial production processes, for example for the production of insulin or amino acids. If it is possible to cultivate E. coli using formic acid or methanol, a cycle could be created that converts CO2 - via formic acid and methanol - into valuable products using modified microorganisms. The researchers have recently published their results in the scientific journal "nature chemical biology".

Development of a new metabolic pathway 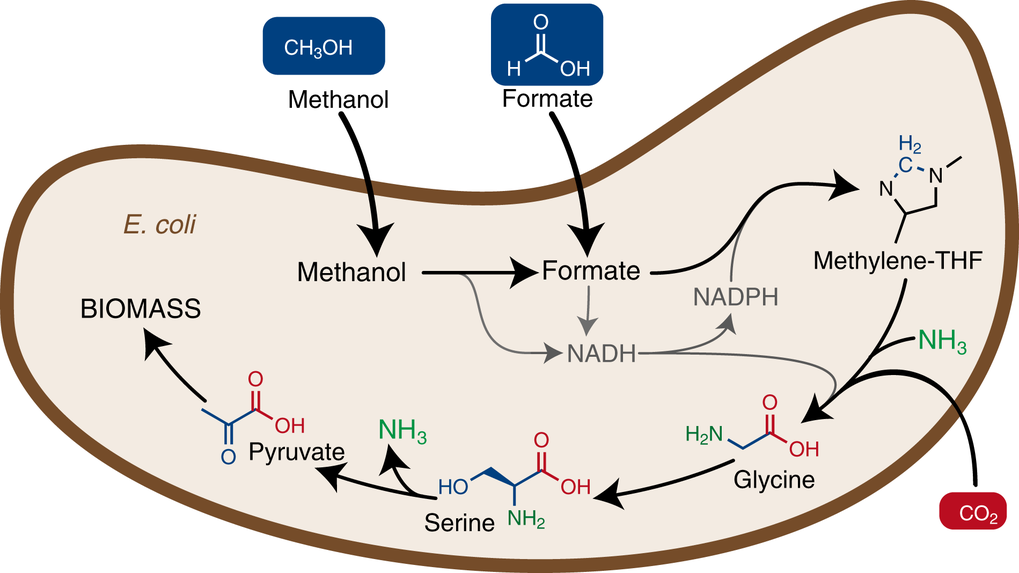 Fig. 1: The introduction of a new metabolic pathway into Escherichia coli enables the bacterium to use methanol or ... [more]

Fig. 1: The introduction of a new metabolic pathway into Escherichia coli enables the bacterium to use methanol or formic acid (Formate) as a food source to grow and build biomass.

Fig. 1: The introduction of a new metabolic pathway into Escherichia coli enables the bacterium to use methanol or formic acid (Formate) as a food source to grow and build biomass.

In order for E. coli to convert formate into biomass, some important changes were necessary. First of all, a completely new synthesis pathway for glycine and serine was designed, which ensures the production of these amino acids from formate. Furthermore, the genes required for the new pathway had to be inserted into the bacterial genome. The scientists divided the required genes into four modules.

The first module consists of three genes of another bacterium Methylobacterium extorquens which incorporate formate into the cellular machinery. The second module involves three genes naturally occurring in E. coli, whose expression was increased many times. The integration of these two modules led to an E. coli strain which converts formate into glycine and serine. The third module again consisted of two highly expressed genes naturally occurring in E. coli, so that the final product of the new synthesis pathway, pyruvate, was synthesized. This compound is an important starting material for many other central metabolic pathways, which ultimately lead to the production of biomass. Finally, a gene from the bacterium Pseudomonas sp. was introduced to provide the energy required for cell growth (module 4).

Improved growth through evolution in the laboratory

In order to further increase the growth rate, the researchers cultivated the bacterium, which was equipped with all modules, in test-tubes. Once cell density exceeded a threshold value, which occurred every 3-6 days, they diluted the bacteria into a fresh culture and started a new growth cycle. In this way, they selected bacteria whose growth had gradually increased over 13 cycles. This could be attributed to two single mutations that had emerged in the E. coli genome during this "adaptive laboratory evolution" and caused the increased growth rate.

In a similar study conducted by the Weizman Institute in Israel in November 2019, which was published in the scientific journal "CELL" and in which Arren Bar-Even was involved as a collaborator, a genetically modified E. coli bacterium was demonstrated to grow using formate and CO2. In comparison to the study published in "CELL", the growth rate of the described E. coli is twice as high. This bacterium can even convert methanol into formate with the help of another enzyme, the so-called methanol dehydrogenase, which in turn is converted into biomass as described above.

In their impressive work, the researchers have thus shown that bacteria can be reprogrammed to use novel food sources through genetic modification. This provides the basis for equipping further organisms with new metabolic pathways in the future for industrial use. The researchers hope that the further engineering of methanol- or formate-consuming bacteria will soon enable them to produce value-added chemicals.