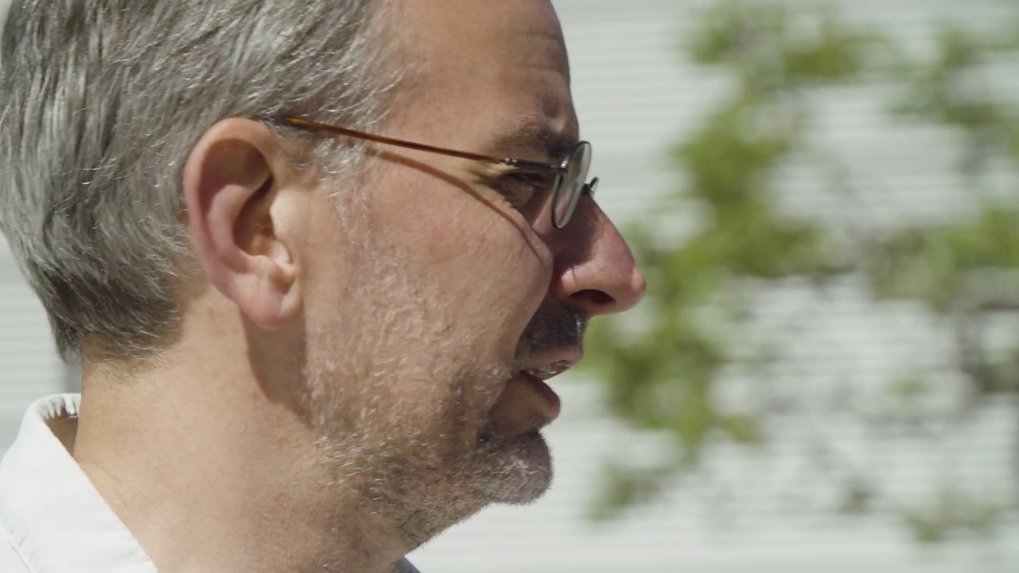 DISCO brings together a multidisciplinary project consortium of leading academic experts from plant genetics, molecular biology and metabolic engineering as well as industrial partners from Europe and Chile. The project is funded by the European Commission’s Seventh Framework Programme. 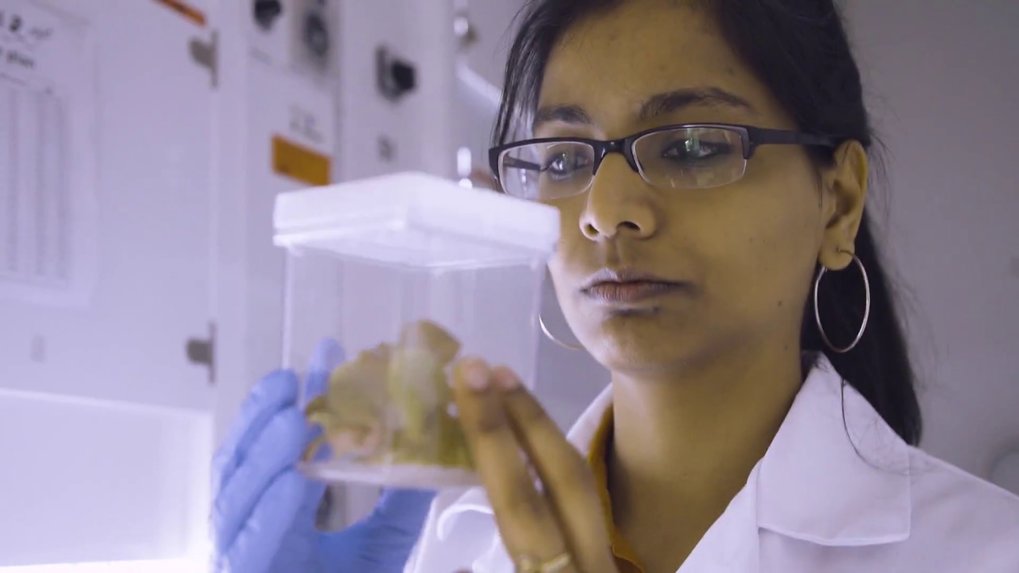 This video is part of an interview series with members of the DISCO consortium. The series have been produced by Eurice as the management and dissemination partner in DISCO.

DISCO brings together a multidisciplinary project consortium of leading academic experts from plant genetics, molecular biology and metabolic engineering as well as industrial partners from Europe and Chile. The project is funded by the European Commission’s Seventh Framework Programme. 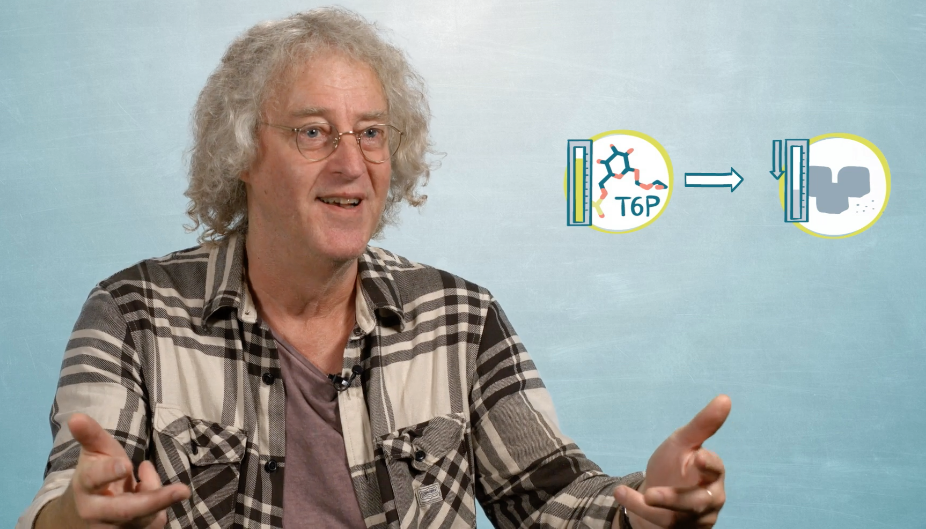 How Do Plants Regulate Their Behavior Based on Their Carbohydrate Resources?

It has been known since the 1980s that sugars are central to the growth of plants. High levels of carbohydrates enable the plant to assimilate nitrogen to increase amino acid synthesis which then enables them to make proteins more quickly which, in turn, allows the plant to grow faster. It is still unclear, however, how plants sense their levels of carbohydrates and how they regulate their metabolism and growth based on this information. As MARK STITT explains in this video, he and his fellow researchers studied the compound trehalose 6-phosphate (T6P) that plays an important role in carbohydrate sensing in plants. To investigate this mechanism the researchers developed methods to measure the levels of T6P as well as many other compounds and the rate at which they are being made. Introducing a mutation in the plants that increases the level of T6P at a certain point enabled the scientists to monitor the effects of the changes. The findings confirm the essential role of T6P in carbohydrate sensing and the regulation of the plant’s metabolism. The results are important as they show a way to improve plant growth and help to understand how plant behavior is determined. 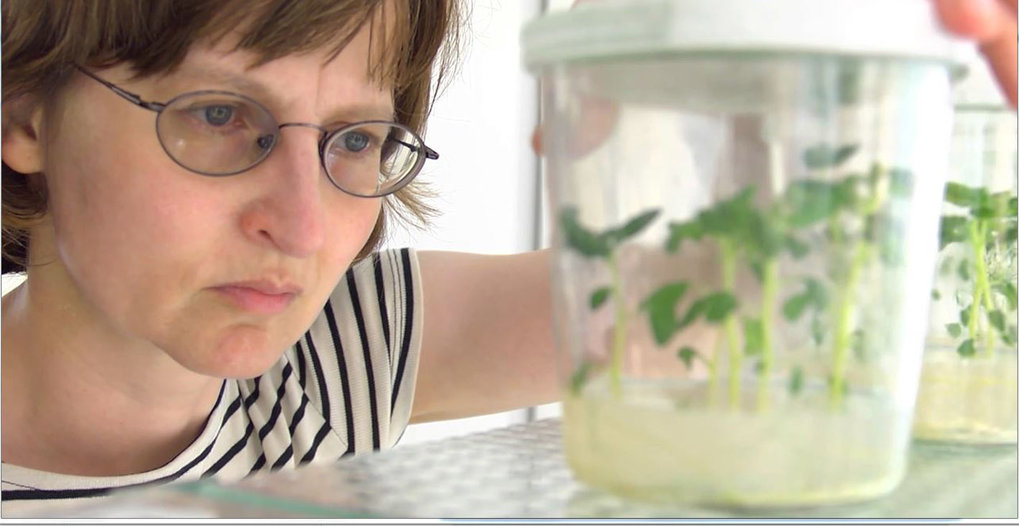 Dr. Karin Köhl explains the project from identifiying molecular markers for drought resistance to the evaluation of these markers in field experiments with potatoes.

Interviews with other scientists

Learn about the discovery of the Calvin-Benson cycle in this interview with Andrew Benson. The interviewer is Bob Buchanan, who spent a sabbatical at the MPI-MP in 2008.

The interview between Bob Buchanan and Andrew Benson provides insights into the history of photosynthesis research and techniques used in this research, which led to the discovery of the Calvin-Benson cycle in the 1950s. It becomes obvious that James Bassham and in particular Andrew Benson had been deeply involved in the discovery of the cycle, which was first named only after Melvin Calvin. This fact is taken into account by now, so that this pathway is now usually called the Calvin Benson cycle or the Calvin Benson Bassham cycle. In the year 1961, Melvin Calvin received the Nobel Prize for chemistry, while Andrew Benson was overlooked.

The interview is particularly interesting and recommended because of the eyewitness report by Andrew Benson, his description of the research techniques and the everyday labor work in that era, and the possibility to gain some insights into the relationship between Melvin Calvin and Andrew Benson. In September 2012 Andrew Benson celebrated his 95th Birthday.

Professor Bob Buchanan is Director of the Department of Plant and Microbial Biology at the University of California at Berkeley. In 2008, he conducted research at the MPI-MP as part of a sabbatical funded by the Alexander von Humboldt Foundation.

To read along the text, please push the button "captions". You can also download the full transcript.